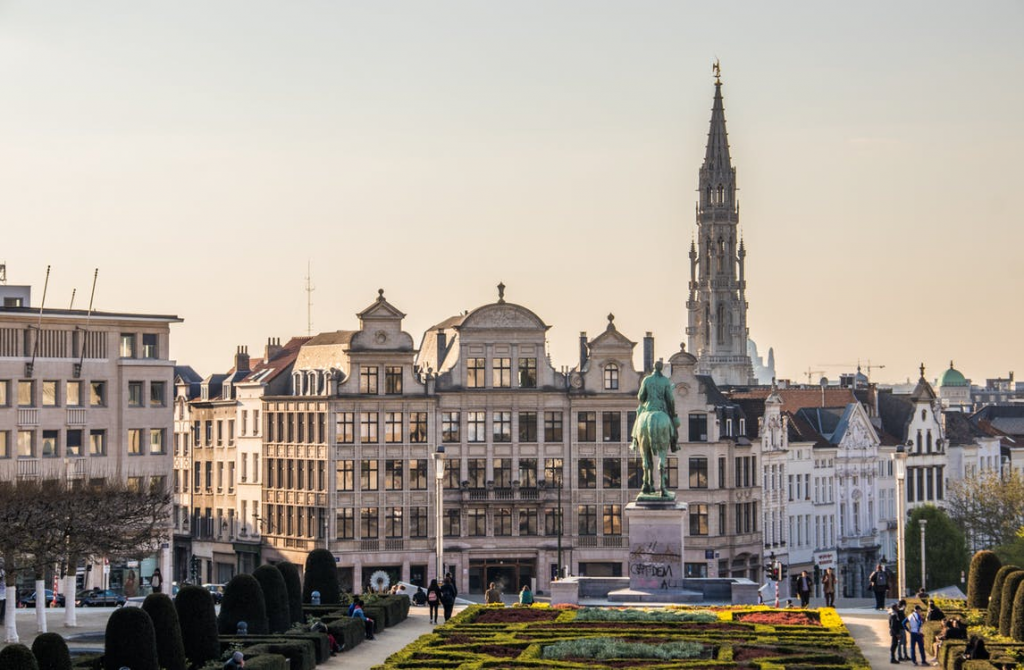 The top MUST VISIT destinations in August

June has passed and we’re already well over half-way through July. With the last full month of summer coming around, you might be looking for some inspiration on what to do before you let the glorious sun-filled days pass by and move on to the beautiful yet less bright days of the fall season. GMA knows all about the last-minute struggles and we are here to offer you the best suggestions as it becomes crunch time for your final chance of a summer vacation.

Bad Ischl is a spa town in the southern part of upper Austria. The most prominent feature of Bad Ischl is Kaiservilla, the summer residence of monarch Emperor Franz Joseph I and Empress Elisabeth.

In August, everything is all about the late emperor’s birthday on the 18th of August. Every year the emperor’s birthday is celebrated with festivities starting from August 15th and typically lasts a week. The highlight of the festivities is the “Emperor’s mass on 18 August – you could believe you are part of the monarchy there. Uniforms wherever you look. All the regiments of the former k.& k. monarchy take position. After the mass, the regiments march, led by Bad Ischl’s Bürgermusik brass band. It is truly a sight to behold when you are there.

Budapest is the capital of Hungary as well as the one with the biggest population. It is also widely regarded as Hungary’s financial center and one of the most innovative European cities. The city is extraordinarily beautiful and also listed as one of the most beautiful cities in Europe. When you’re in the city, the highlight and must-see is definitely the central area along the Danube River, which is now classified as a UNESCO World Heritage Site. Some of the must-see attractions include the Buda Castle and Liberty Statue.

Budapest makes our list due to the Sziget Festival, which is a 6-day music festival that takes place in Budapest every year in August. It is one of the largest music and cultural festivals in all of Europe with more than 1000 performances taking place each year. This year the festival takes place from August 7 – 13 and features many world-famous acts, such as Ed Sheeran, Post Malone and Martin Garrix.

Rising around a scenic lake, UNESCO-listed Kandy is home to sacred landmarks, landscaped gardens, and cultural museums. It is a major city in Sri Lanka and the capital city of the Central Province as well as considered one of the most sacred places of worship in the Buddhist world. Some of the must-see attractions is the Temple of the Tooth (Pictured above).

Kandy makes our list thanks to the Kandy Perahera Festival. Kandy Esala Perahera (the festival of the tooth of Lord Buddha) is the grand cultural festival of the month of August held in Sri Lanka each year. The Buddhist festival consisting of dances and nicely decorated Elephants. Colorfully clad dancers perform unique Sri Lankan traditional dances as they walk along the road side by side with the Elephants. This year the Perahera Festival runs from August 6 – 15.

Enveloped in the hills of South West England, Bristol has its own unmistakable identity, grounded in roots from centuries past and carved out since by passionate locals and spirited fans. Bristol is mostly known by the thriving current and historical art scene and was designated the “City of Film” by UNESCO in 2017. The city’s architecture includes many examples of mediaeval, gothic, modern industrial and post-war architecture. Notable buildings include the gothic revival Wills Memorial Building, and the tallest building in the city, St Mary Redcliffe. The city is noted for its Victorian industrial architecture of the Bristol Byzantine style, characterised by deep red and polychrome brickwork and Byzantine style arches.

What makes the list for Bristol is their famous balloon festival, widely portrayed in media. This balloon festival takes place from August 8 – 11. The Bristol International Balloon Fiesta is held annually in England. Teams from the UK and other parts of the world bring their hot air balloons to the site and participate in mass ascents where as many as 100 balloons may launch at a time. Best of all, this festival is completely free and provides four days of family fun!

Berlin is the capital and largest city of Germany. This city is a world city of culture, politics, media and science with economy heavily based on high-tech firms and the service sector. It is also home to world-renowned universities, orchestras, museums and entertainment venues, as well as being the host to many sporting events. If you do stop by Berlin, be sure to visit the TV Tower (pictured) as well as the Zoological Garden, one of the most popular gardens world-wide.

Berlin’s 23rd International Beer Festival is the longest beer garden in the world and puts them on our list for one of the must-visit destinations during August. During this festival, more than 800,000 peacefully celebrating visitors from all over the world are expected in the heart of Berlin. This festival has tons of craft beers typically focused on a theme (ie beers from Belgium) and have tons of performances going throughout. This year the festival takes place between August 2 – 4.

Edinburgh is Scotland’s compact, hilly capital. It has a medieval Old Town and elegant Georgian New Town with gardens and neoclassical buildings. Looming over the city is Edinburgh Castle, home to Scotland’s crown jewels and the Stone of Destiny, used in the coronation of Scottish rulers. Arthur’s Seat is an imposing peak in Holyrood Park with sweeping views, and Calton Hill is topped with monuments and memorials.

What puts Edinburgh on this list is due to the Festival Fringe, a three-week long explosion of creative energy from around the globe. Edinburgh’s Festival Fringe is the single biggest celebration of arts and culture on the planet. From big names in the world of entertainment to unknown artists looking to build their careers, the festival caters for everyone and includes theatre, comedy, dance, physical theatre, circus, cabaret, children’s shows, musicals, opera, music, spoken word, exhibitions and events. This year, the Festival Fringe takes place from August 2 – 26.

Edinburgh is most likely our most recommended destination of all of those on the list – make sure to stay tuned for our blog next week which talks more about Edinburgh’s many attractions and how to plan an excellent trip for yourself and the family!

Are you excited to go to any of these amazing events happening around the world? Make sure to reach out to one of expert travel advisers and they can help you get started – with some of these events starting as soon as August 2nd, you definitely do not want to miss out!