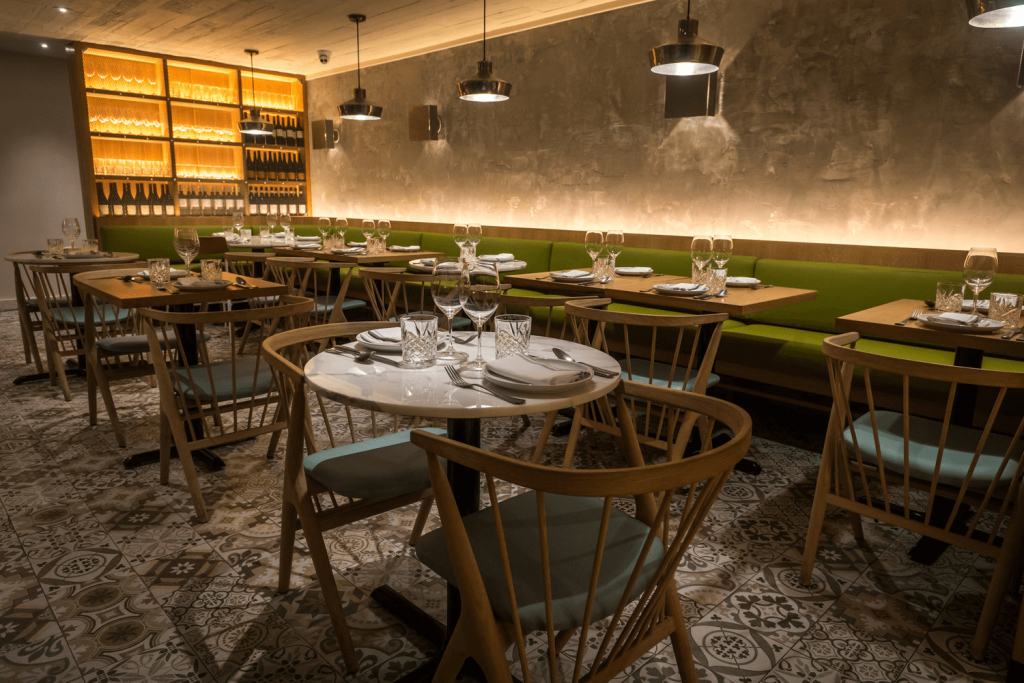 The 7 Finest Israeli Restaurants in NYC!

Israeli food is now trending in the competitive market of NYC restaurants, with new Israeli restaurants popping up all over the city. Because the NYC restaurants competition is so high, the top competitors are likely to change on a weekly basis. as a result many factors go into choosing the best restaurant including: innovativeness, presentation, and memorability.

Taking all of the variables into consideration, we’ve done the hard work for you and compiled a list of places with the best Israeli food in the city. Here’s a list of the top 7 Israeli restaurants that will keep you coming back again. Mmm, are you hungry for Israeli hummus yet?

You’re not likely to walk by without being blown away by the astounding setting of this Israeli restaurant. With references from NY Magazine and the New York Times, Chef Meir Adoni is well known in the culinary world, especially after publishing a cookbook app, called Look & Cook. Adoni is originally from Jerusalem and most noteworthy on the Israeli cooking scene after spending 2 seasons as a judge on the Israeli show “Game of Chefs” (משחקי השף).

Is brunch your thing? 12 Chairs Cafe offers an all-day breakfast that keeps bringing the locals back for more. Don’t worry if you’re not feeling brunch, this place also serves breakfast and/or dinner. It can be found in two locations – 56 MacDougal St. New York City & 342 Wythe Ave, Brooklyn – and is referred to as “an authentic Israeli spot” by eatupnewyork.com.

~Jachnun-rolled Yemenite dough (cooked overnight with a touch of date honey; served with a hard boiled egg and crushed tomatoes)

Taïm is known for being the best Israeli restaurant in the West Village and for its signature falafel made in three varieties: red peppers, Tunisian spices, and the traditional “green” variety. Above all, the Grape Vine mentions the number of tasty options will leave your taste buds cringing for more.

~Chickpea croquette conceit best (sampled in a mixed platter with tahini-dappled hummus, tabbouleh, and Israeli salad according to NY Magazine)

~Taïm’s signature falafel (is made in three varieties: with red peppers, with Tunisian spices, or green variety)

Noted by locals as being the best Israeli food in town, Golan Heights serves large portions for a reasonable price.

~Mount Hermon Salad (24 oz. bowl with your choice of salad and meat)

In the mood for a casual brunch? This atmosphere will soothe your needs with a warm, welcoming environment and Israeli food to comfort the soul. Considered to be a “neighborhood favorite” according to Serious Eats, it is well worth stopping by. Paprika delivers authentic Israeli food and believes that life happens at the dinner table and strives to keep their Jewish traditions as an integral part of their living. Quoted by the Great Kosher Restaurant Magazine as highly recommended when searching for the best NYC restaurants to dine at.

Interested in having a warm tasty drink with your meal? With some authentic breakfast specials Gila’s Nosh gives off a warm energy with tasty comfort food. This peaceful setting attracts regulars to dine weekly.

~The Omelette (French style omelette with your choice of three fillings and bread. Optional egg white, cheese and turkey bacon, served all day)

If you happen to check out some of these incredible restaurants in LA, give us some feedback. Let us know your thoughts of Israeli food you tried. Are you located in another city? Check out more blogs about the best Israeli restaurants and Kosher restaurants near you!

Enjoyed this article? Sign up to our newsletter to receive more tips on restaurants, travel destinations and attractions.